"This may be the last digital device you'll want or need ever again" says Qobuz! 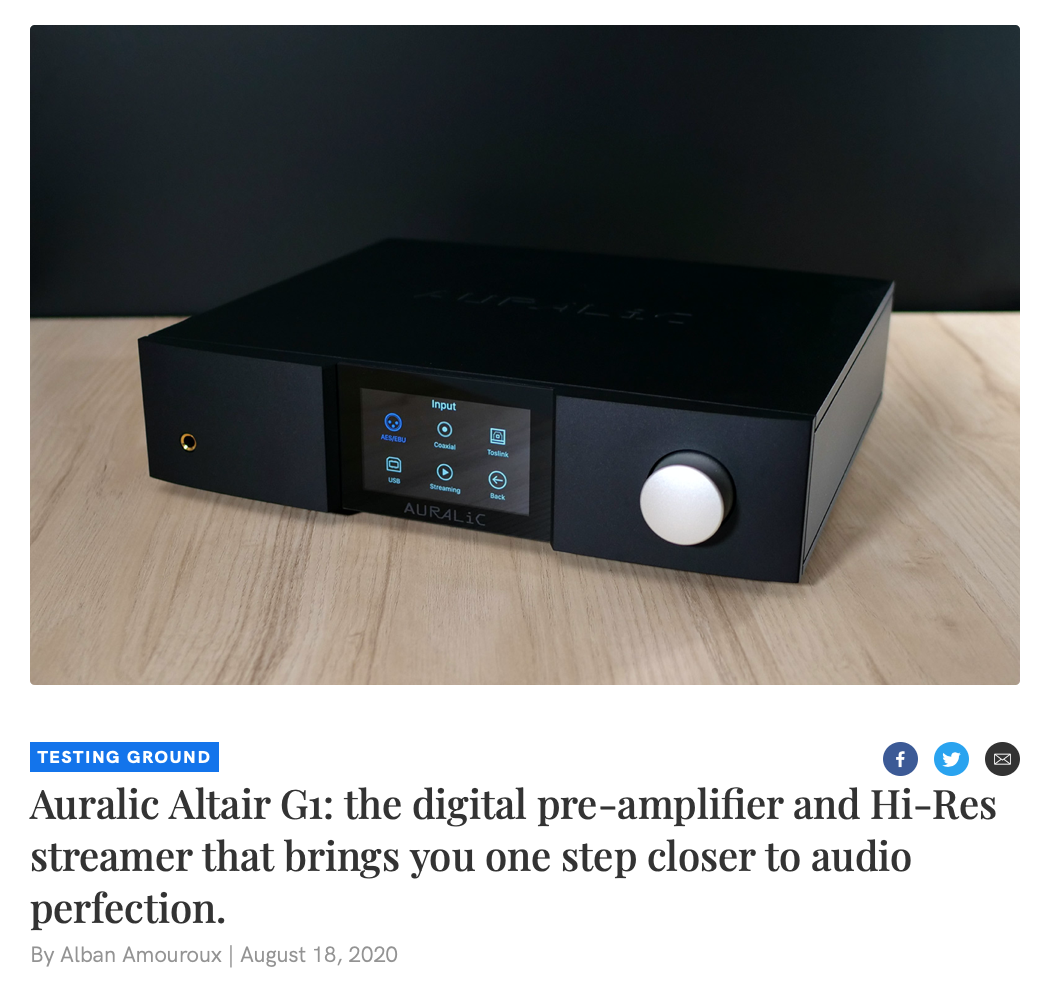 ' The Altair G1 is at the crossroads between high-fidelity and musicality. And by ensuring both with panache, it pleases everyone. If you’re looking for depth and to pick up the minutest of details in recordings, the Altair G1 gets the job done without batting an eyelid. But most importantly, it does it efficiently without any issues. The superb 3D sound stage brings the music to your house, filling your living room and even spilling out to other rooms. Every voice and every instrument is perfectly depicted in such detail that they seem to be there in real life. The Altair G1 is a real treasure trove. As long as it’s within your budget, look no further. Plus, it has excellent network playback abilities with built-in Qobuz, as well as multiple customisation settings, a multi-input DAC and a server function for audio file storage and CD-ripping. This may well be the last digital device that you’ll want or need ever again'

Always on demonstration at Ultimate Stream!