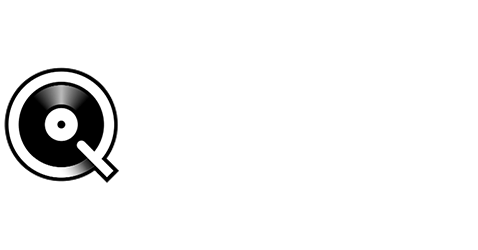 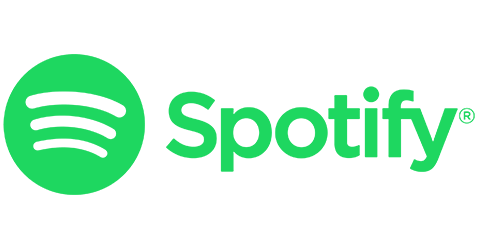 The ARIES G1 Streaming Transporter continues the ARIES tradition of skillfully managing the connections between various sources of high resolution digital music and the rest of your hi-fi system. ARIES G1 streams high-resolution digital music from local network locations, attached USB storage, Internet streaming sources like TIDAL, Qobuz, and Spotify, and Internet Radio — delivering all of it to your current setup over Wi-Fi.

Being based on the DNA of AURALiC’s original ARIES means that the new ARIES G1 benefits from all the features and functionality of Lightning Streaming — the infrastructure that AURALiC developed for its streaming products. On-Device Playlists, Memory Caching, Gapless Playback and Bit-Perfect Multi-Room functionality are all standard Lightning features. For user control, AURALiC’s well-regarded Lightning DS iOS app serves as the system’s primary interface, so users have plenty of browsing and playback features at their fingertips with the G1 as well. The Aries G1 is compatible with AirPlay and SongCast, and can function as a RoonReady endpoint. Setup and configuration changes are easier than ever with a recently added, universally accessible web admin.

This upgrade of the original ARIES wouldn’t be possible however, without a lot of tech borrowed from AURALiC’s premium G2 line, and that means a serious boost in performance and functionality. The new version supports streaming resolutions up to DSD512 and PCM 32bit/384K over a home Wi-Fi network for example, and the processing heart of the G1 is in fact the same as what’s found in the top-of-the-line model ARIES G2 series. That means the Tesla G2 platform with its processor that’s 50% faster than the older ARIES had, supported by twice the system memory (2GB) and data storage (8GB), and a giant 1GB memory cache.

Outside, things also bear a similarity to AURALiC’s premium product line, with the ARIES G1 shipping in a chassis that’s inherited its design aesthetics from the G2’s sleek Unity Chassis. The anodised black aluminium enclosure is updated with front panel buttons for easy navigation — or just use the Smart-IR function to assign control to any remote. That front panel borrows the G2’s 4.0-inch true colour retina resolution display as well, and inside the G1 you’ll find dual Purer-Power linear power supplies just like in the G2, separating and isolating the processing circuit from the digital audio circuit for less noise and better sound.

The terrific sound of AURALiC’s first VEGA digital-to-analogue converter made it an instant hit when it was released, and the G1 upgrade to the original definitely lives up to an impeccable sonic standard. But the VEGA G1 Streaming DAC goes a lot further, with integrated streaming functionality and a host of improvements that are, once again, drawn from AURALiC’s top-end line up.

It starts with that ability of the VEGA G1 to pull double duty as a high-resolution streamer. AURALiC has slipped its Tesla platform into the VEGA G1 just as it did for the G2, giving it the power to connect to local network locations, lossless Internet sources like TIDAL, Qobuz, and Spotify, and Internet Radio. High-resolution content from those sources is streamed right to the G1’s DAC circuit. The Tesla platform making that possible consists of a Quad-Core Cortex A9 chip with 1GB of DDR3 memory and 4GB of storage — plenty of horsepower to get the job done!

In 2017, AURALiC introduced a terrifically innovative DAC feature, wherein those resources of the Tesla platform allowed it to handle incoming data in such a way that the DAC didn’t need to lock on to the frequency of the source signal at all. It could actually operate independently of the source signal’s frequency, thus rendering signal and synching errors — and their resulting jitter — completely irrelevant. That independent, Jitter-Free Operation has also made its way into the G1, highlighting AURALiC’s commitment to this creative solution to one of digital’s biggest challenges.

When it comes to signal conversion,the VEGA G1 turns to the same customised DAC chip that AURALiC used in the G2 version, and the G2’s super speedy 72fs Femto clock is here too, taking care of clocking duties for impressively precise signal handling. On the analogue side, the ARIES G1 sticks with the ORFEO Class A output module that has been impressing fans for years, and a set of Flexible Filter modes that experienced users will find familiar returns.

Once again the upscale G2 line’s influence is evident in the VEGA G1’s appearance. Housed in black anodised aluminium with a silver rotary knob, the G1 features the same 4.0-inch true colour retina resolution display that figures prominently in the G2 line. And there are plenty of options on the back of the unit for hard connections from other digital source components if you need them: AES/EBU, Coaxial, Toslink, and USB HS are all available in addition to the Ethernet port for network streaming.

The VEGA G1 supports both streaming and conversion of all of today’s highest-resolution digital music formats, up to DSD512 and PCM in 32bit/384K, and it stays up to date with OTA updates from AURALiC. Lightning Streaming is the foundation for the VEGA G1’s streaming functionality, and as always that means On-Device Playlists, Memory Caching, Gapless Playback and Bit-Perfect Multi-Room features are part of the package. The Lightning DS control app for iOS supplies all playback and browsing features, and there’s a web admin for setup and configuration. The Vega G1 also supports Spotify Connect and Roon Ready features.

As a premium digital hub for any high-performance system, the ALTAIR G1 software and hardware functions in much the same way as the original ALTAIR, able to act as a preamp, a DAC, a streamer, and an all-in-one digital source, but is also now fitted with the G1 chassis, providing a matching 4-inch colour display and Smart IR feature.

As a digital audio streamer, ALTAIR G1 has received several updates from both the G1 and G2 series of products. It now uses the ESS 9038Q2M conversion chip, providing the user with more detail and perceived resolution than ever before. To match the higher levels of performance available from this new DAC chip, the analogue circuitry received necessary parts upgrades and an improved layout for a balanced presentation.

Finally, the processor platform has been upgraded to Tesla G2 from Tesla G1, featuring 2GB of system memory, providing the user with a seamless, powerful experience.

An internal storage option remains, and for a fee an upgrade kit can be provided to the dealer or the customer, allowing for robust, local storage of large music collections in any number of formats and resolutions.

As a digital hub, the ALTAIR G1 still functions as a Roon Endpoint, can stream subscription music services such as Tidal, Qobuz and Spotify Connect, and offers Bluetooth, Airplay, and SongCast for a multifaceted and varied set of feature needs.